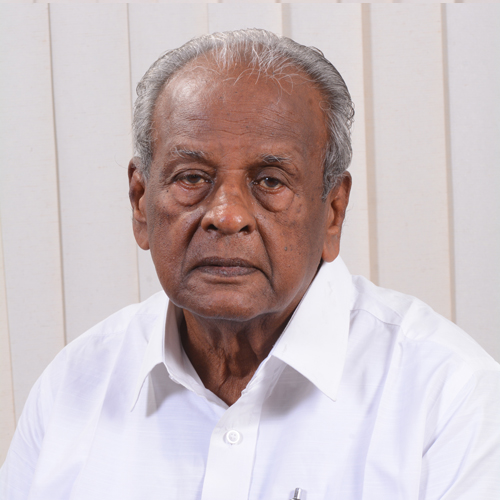 Er. G. Srinivasan is one of the founding members of Aravind Eye Care System. He holds his B.E. from Alagappa University and MS from Kansas State University, USA. A Civil Engineer by qualification, he has been overseeing all construction activities and finances of the organization.  He began his career as Junior Engineer at Public Works Department, Madurai in 1960. After holding various positions in various companies, he became the Secretary of GOVEL Trust in 1976, under which Aravind Eye Hospital was established.  He works full time at the hospital as an honorary member.