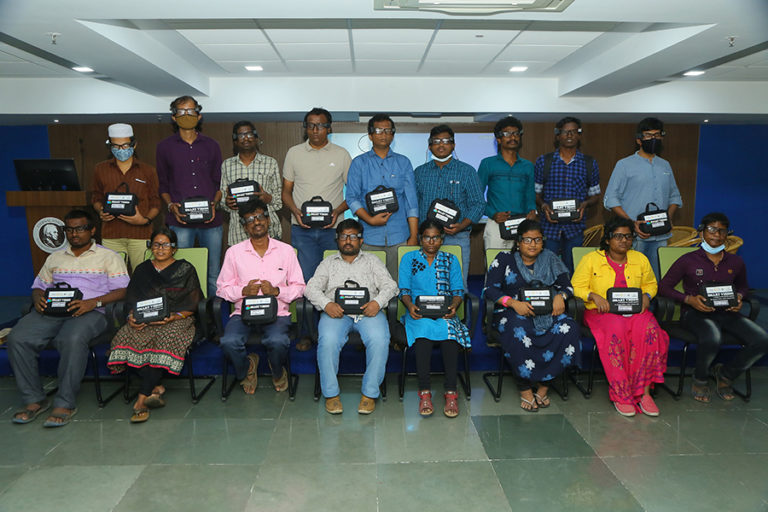 Rotary Club of Madras East (RCME) initiated Project Drishti and has been the enabler in bringing together the brain behind the Smart Vision Spectacles, Mr Ramu Muthangi of SHG Technologies and experts in the field of eye care, Aravind Eye Care System .  What ensued was a 10 month long process of inputs and upgradations and the device has hence been validated and recommended by the Vision Rehabilitation Centre of Aravind Eye Care System, Madurai.

RCME President for 2021-22, Rtn Srinivasa Rao, is upbeat about Project Drishti with an outlay of Rs.75Lakhs which will benefit at least 300 visually impaired. The soft launch has created a buzz amongst the doctors and the visually impaired community not only in India but also abroad. At the function held at Aarvind-Chennai, Rtn J Sridhar the District governor RID 3232 distributed the device to 17 identified beneficiaries. RCME plans to donate 300 devices, with a focus on students and the youth amongst the visually impaired.