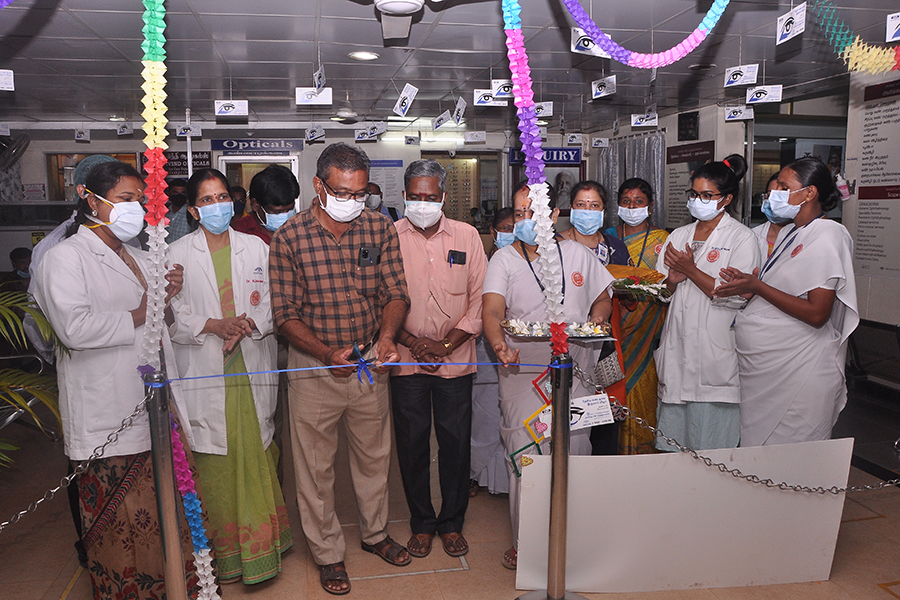 Strictly abiding by the COVID protocols, Aravind-Tirunelveli organised a lot of activities following the theme, Vision is a gift, Pass it on.

Eye donation awareness exhibition was conducted in the hospital premises and was inaugurated by  Mr Sankara Subramanian, Thasildhar, Tirunelveli.  Badges on eye donation were distributed to the staff and wore it during the entire fortnight to create awareness.

Dr V Anitha, Chief of Cornea Clinic gave an awareness talk on eye donation on All India Radio. She gave a similar talk to the students of MDT College Students via Zoom.

For awareness creation amongst public, pamphlets and notices on eye donation were distributed at New Bus Stand and Junction, Tirunelveli.

Ms. V Saradha, Eye Bank Co-ordinator gave an awareness talk on eye donation to the members of self-help groups of Grama Udhayam at Oorvudayan kudiyiruppu, Kondanagaram and Thiruppanikarisalkulam as well as at the Youth Welfare society, Ambai.

A debate in Tamil was organised in the hospital auditorium on the topic Is lack of awareness the reason behind not donating eyes.  The debate was inaugurated by Mr Suresh Kumar, Deputy Commissioner of Police, Tirunelveli.   Mr Ganapathy Subramanian was the judge for the debate and famous orators from the city participated in the debate and made it very lively.