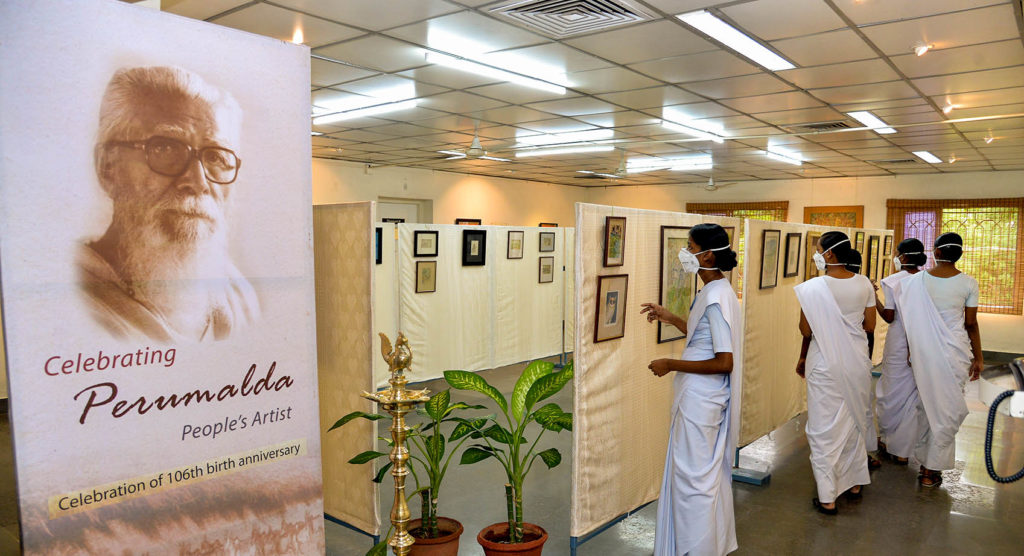 2021 marked the 106th birth anniversary of Perumalda. An exhibition of his art works was arranged at LAICO during August 7-11. Mr. Thulasiraj Ravilla, Executive Director, LAICO inaugurated the exhibition. A workshop was also conducted where eminent artists like Ramanan and Ravi Palette as well as LAICO faculty – Mr. Syed Ali and Ms. Dhivya Ramasamy discussed Perumalda’s art works and explained the techniques used by him. Dr. D. Sathish, an alumnae of Aravind  handled a session on cartoon drawings. 33 participants took part in the workshop.  Drawing competition was organised for staff members from across the centres. Of the 130 entries received, the best three were selected as winners. Apart from this, the best drawing from each Aravind centre was also announced.